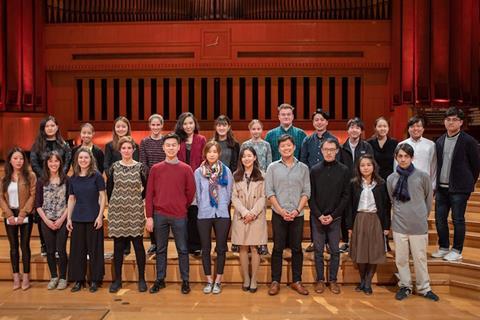 The 2019 Queen Elisabeth International Violin Competition – in Brussels, Belgium - has announced its 24 semi-finalists:

During the semi-final, which takes place from 6-11 May, each candidate will present a 40-minute recital programme including Belgian composer Bram Van Camp‘s newly-commissioned Scherzo-Bagatelle, as well as the 3rd and 4th movements from Ysaye’s 1st Solo Violin Sonata. In addition they will lead the Orchestre Royal de Chambre de Wallonie in a performance of a Mozart Violin Concerto.

The final round takes place from 20-25 May, with each candidate performing a concerto and a compulsory work specially composed for the competition accompanied by the Belgian National Orchestra and conducted by Hugh Wolff.

Open to international violinists aged 18 to 30 who are ready to embark on an international career, the competition offers €25,000 to its 1st prize winner, as well as a CD recording, a number of prestigious international performance opportunities and the 4-year use of the 1708 ‘Huggins‘ Stradivarius, on loan from the Nippon Music Foundation.

The inaugural QEMC in 1937 was devoted to the violin and dedicated to Eugène Ysaÿe, who had recently died. David Oistrakh, then aged 28, was the competition’s first winner. The first piano competition took place the year after. Singing was added in 1988 and, in 2017, the contest was opened out to cellists. There is also a composition competition, which is run outside of the four-year cycle.