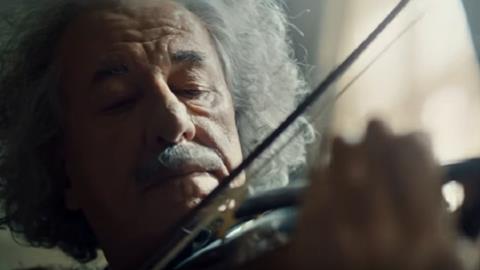 The video is an advertisement for the new National Geographic television series 'Genius', exploring the life and work of Albert Einstein, played by Rush.  The series is due to be aired in the US in April 2017.