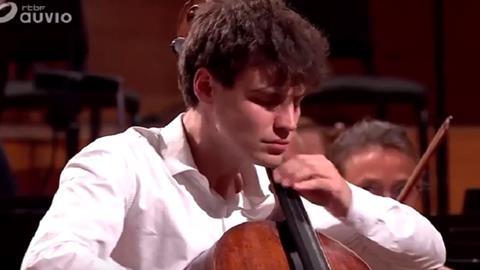 French cellist Victor Julien-Laferrière performs Shostakovich's First Cello Concerto with the Brussels Philharmonic conducted by Stéphane Denève in the final of the 2017 Queen Elisabeth Cello Competition - where he won the grand prize of €25,000 and concert opportunities.

A former student of Heinrich Schiff at the University of Music and Performing Arts in Vienna, and of Clemens Hagen at the Mozarteum  Salzburg, Julien-Laferrière won first prize at the Prague Spring Competition in 2012. He is a member of Trio Les Esprits, in residence at the Fondation Singer-Polignac.