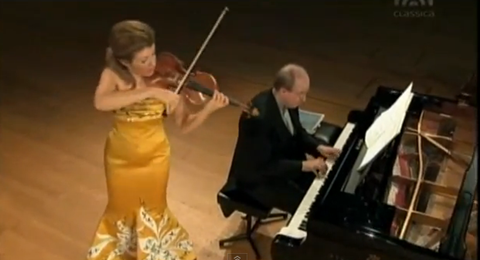 Anne-Sophie Mutter, The Strad's December issue cover star, has spent 37 years on the concert stage, having made her performing debut in 1976 at the Lucerne Festival, playing Mozart’s D major Violin Concerto. To mark nearly four decades of music-making, The Strad has brought together some of the finest film recordings online. Here she performs Mozart's Violin Sonata in F K547 with the pianist Lambert Orkis.