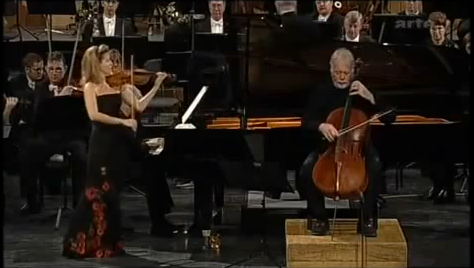 Anne-Sophie Mutter, The Strad's December issue cover star, has spent 37 years on the concert stage, having made her performing debut in 1976 at the Lucerne Festival, playing Mozart’s D major Violin Concerto. To mark nearly four decades of music-making, The Strad has brought together some of the finest film recordings online. Here she performs Beethoven's Triple Concerto in C major with André Previn, Lynn Harrell and the London Philharmonic Orchestra conducted by Kurt Masur. Click on the links to view the other videos: