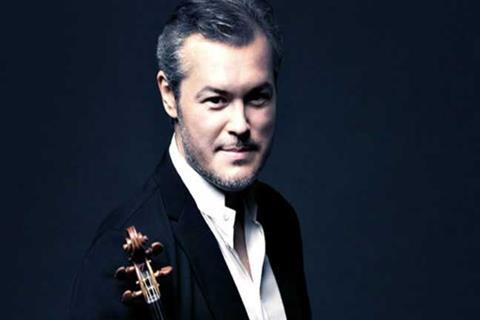 Vadim Repin was born in Novosibirsk, Western Siberia in 1971. His association with the violin came about by chance when his mother took him to a music course to study the accordion, but the only place left was on the violin course. A child prodigy, he won the gold medal in all age categories at the Wienawski Competition and had given his recital debuts in Russia, Europe and Carnegie Hall by the age of 15. At 17 he became the youngest ever winner of the Reine Elisabeth Concours. Repin has since performed with the world's greatest orchestras and conductors, specialising in Russian and French music, particularly the great Russian violin concertos, as well as 20th century and contemporary music. New music in his repertoire includes works by John Adams, Lera Auerbach and Sofia Gubaidulina. In 2010 he received the Victoire d'Honneur, France's most prestigious musical award for a liftetime's dedication to music, and become Chevalier de l'Ordre des Arts et Lettres. Vadim Repin plays on the 1733 'Rode' violin by Stradivari.