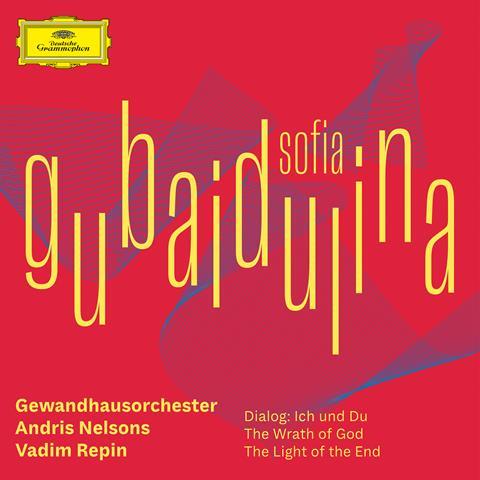 Description: An orchestral 90th-birthday tribute to a singular and original Russian composer

Works: Gubaidulina: Dialog: Ich und Du; The Wrath of God; The Light of the End

This 90th-birthday release for Sofia Gubaidulina features her third violin concerto, Dialog: Ich und Du e(2018), with Vadim Repin continuing in the line of Gidon Kremer and Anne-Sophie Mutter, who premiered the first two concertos (Offertorium, 1980, and In tempus praesens, 2007). With two purely orchestral works in addition, the disc highlights some of Gubaidulina’s varied qualities – not least her deep spirituality, avant-gardist boldness, and fluid spontaneity that perhaps harks back to the improvisations with her group Astreya in the 1970s.

The violin concerto, as its title suggests, isn’t cast as a showpiece, and thankfully Repin doesn’t pretend otherwise. But with a sure hand he steers the solo writing through its declamatory and tensely aspirational progression. Conducting the Leipzig Gewandhaus Orchestra, Andris Nelsons captures the music’s ritual and mystery – a score often underpinned by rumbling drums and ringing with metallic percussion. Also key are physical, ‘primary-colour’ gestures, a directness and apparent artlessness that recall the composer’s contemporary Schnittke.

Written alongside the concerto, The Wrath of God is broadly cut from the same sonic cloth, and the performance roars similarly, whereas the earlier The Light at the End (2003), which hauntingly contrasts natural alongside standard (tempered) tuning, is more immediately beguiling. The nicely captured recordings enhance this welcome tribute to a singular figure.