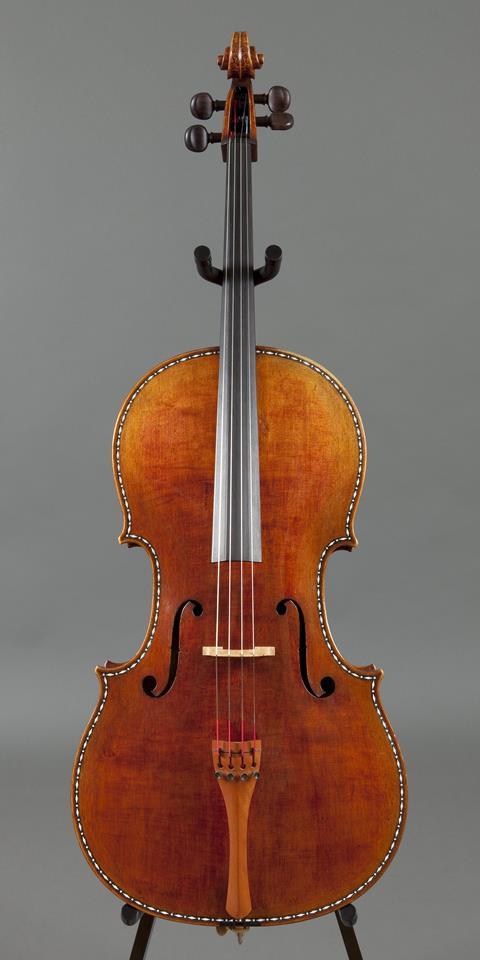 The musicians of the Quiroga Quartet from Spain have been named the first artists in residence of the Royal Palace of Madrid, allowing them access to the unique set of decorated Stradivari instruments on display as part of the Royal Collection exhibition.

The residency, instigated by the Patrimonio Nacional, which owns and manages the property and effects of the King of Spain including the Stradivari inlaid set, allows the quartet to give public performances on the instruments at the palace. Performances on the set have taken place for many years before invited guests, but this is the first time they will be heard in public.

The Stradivaris of the Madrid Royal Palace are the only decorated instruments the maker is known to have made as a set, and includes his only known decorated cello. The quartet of instruments – two violins, a viola and cello – was originally a quintet but during the Napoleonic wars the two inlaid violas were lost when French troops looted the Royal Palace. The smaller viola was returned to the Patrimonio Nacional in 1951 but the tenor viola has never been recovered.

‘Only eleven decorated Stradivaris are known to exist: five are at the Smithsonian Institution in Washington, one is at the Ashmolean Museum in Oxford, and one is in private hands,’ said Álvaro Guibert, musical adviser at the National Heritage department of music. He explained the inspiration behind the residency idea:

‘We wanted to get the most out of the Stradivaris and to open them up to the public by allowing everybody to hear them. These instruments are assigned to the Royal Family, but the Spanish people are ultimately the owners. The Strads have never left the Royal Palace and never will, so we needed to bring the quartet to them. Having a resident quartet means the players have time to rehearse with the instruments and get accustomed to them.’

Quiroga Quartet violinist Cibrán Sierra said: ‘Because they were conceived together, these instruments blend very well. It is the quality of the sound rather than their projection that is so impressive. You can feel that they are linked, compared with other Stradivari instruments, for example the decorated Stradivari instruments of the Smithsonian Institution, the violin of which I have also played.’

The Stradivaris of the Madrid Royal Palace have been used in performance since 1951 when the Spanish government purchased the missing viola from William E. Hill & Son in London. Many famous quartets have performed on them over the decades, among the more recent being the Henschel, Arditti, Brodsky, Kopelman and Casals of Spain.

To the argument that stringed instruments of this calibre should remain behind glass, Guibert said that playing is an essential part of preservation: ‘They are in very good condition but they should be played. Use means constant revision and care – it also means keeping interest in these instruments alive. They were created in order to make music so not playing them would be denying them their fulfillment, even more since these are the only existing set built by Stradivari to sound together.’

The first concerts by the Quiroga Quartet took place on 22 October (invite only) and 23 October (general public). Further concerts are scheduled for 21 and 22 November and February 2014. See www.patrimonionacional.es.

View our online gallery for a closer look at the decorated Stradivari set.

The 1694 'Decorado' cello pictured above is featured in The Strad Calendar 2014: Decorated Instruments. Click here to find out more.