Yo-Yo Ma: A Gathering of Friends 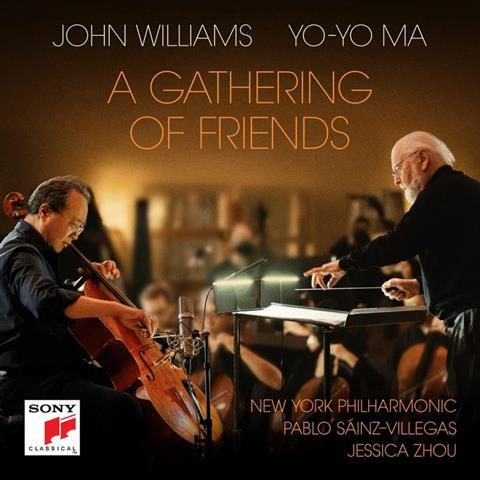 Yo-Yo Ma and composer John Williams are a near-perfect match, musically speaking, whether in exuberant outpourings or introspective musings. They first met four decades ago and since then have collaborated on innumerable occasions. Williams composed his Cello Concerto for Ma in 1994 at the suggestion of conductor Seiji Ozawa. Over time, he has made a series of revisions that have now been incorporated into a new version of the piece which features a number of major structural changes, including a finale described by Ma as ‘a glorious song, spinning and spinning to the very end’.

Also included are new arrangements of numbers from Williams’s Schindler’s List and Lincoln, a duo arrangement for Ma and guitarist Pablo Sáinz-Villegas of ‘Prayer for Peace’ from Munich, and Highwood’s Ghost, a 2018 work featuring harpist Jessica Zhou which conjures the sound world of German Expressionism.

These impassioned, authoritative performances, luxuriously recorded, are remarkable not only for their interpretative acumen, but also Ma’s unfailing technical prowess. Highlights include his beguiling tonal sophistication in the sultry Blues second movement of the concerto, and an unstinting agility in the following Scherzo. Williams accompanies with expert attentiveness and clear affection.