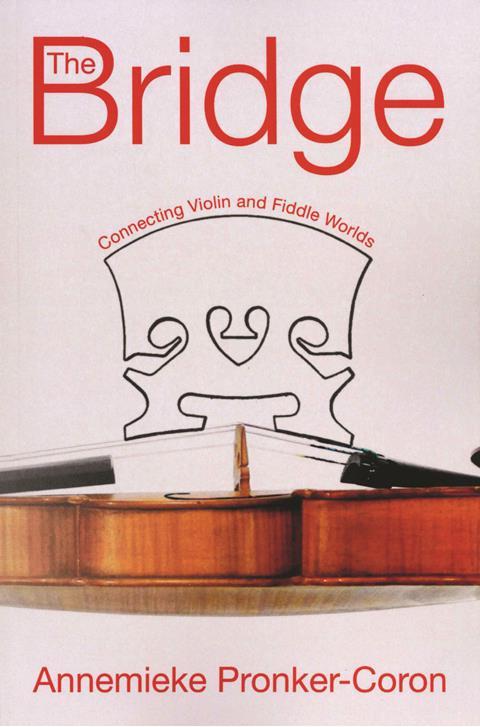 This book seeks to show that violinists and fiddle players alike can improve their art and musicianship from an immersion in the other’s playing style and tradition, and that both styles share the same origins. Author Annemieke Pronker-Coron began her career in Amsterdam as a classically trained violinist specialising in the Baroque. Her own students expressed an interest in being taught other styles of music, which led Pronker-Coron to travel to the US to experience Bluegrass and other styles of American fiddle playing.

Inevitably, the book is a personal tale of what the author gained as a musician from absorbing the styles that she observed. Pronker-Coron was able to identify similarities between classical and folk approaches including bowing styles she had learnt with the Baroque bow appearing with American players, who also often adopt the same feel. Such parallels are perhaps unsurprising, as much secular Baroque music is based on the dances of the times, including jigs that are still played, and which were transported to the New World by early immigrants. There are strong connections in ethos too: in early concertos, a soloist is expected to improvise a cadenza; Pronker-Coron draws comparisons with ‘breaks’ where a fiddler will play an improvised solo.

She also advocates the potential benefit to classically trained violinists of assimilating fiddle style to shed the shackles of learning and performing music only from notes on the printed page. She describes how really listening to harmonic progressions and the possibilities of improvisation around a melody can be crucial to liberation as a musician. She is right to say that a student violinist can become obsessed with notation and forget what is more important: the music as it is heard.

The book is not so successful in demonstrating fruitful cross-fertilisation between fiddling and classical technique post-Baroque, although this difficulty is well explained through the discussion of the evolution of the instruments leading to those we know today. New string techniques were required to cope with the musical demands of Romantic composers and concert halls. The evolution of fiddling was not subjected to this technological drive. It would have been good to see more consideration of other folk fiddling traditions, some of which (Scottish and Irish) also fed into American folk fiddling traditions, quite separately from the classical common heritage.

The major weakness of The Bridge is that it really only works one way. There is a lack of discussion about how fiddling techniques could be adapted so that a fiddler could become a better violinist. The result is that this book rather preaches to the converted: any classical string player with an open mind and a desire to improve can get an enormous amount from immersion in the aural tradition of the fiddle player. It would be fabulous to read a volume from the other perspective, of a folk player truly studying the classical repertoire to help them evolve as a folk musician. Then the gap could be said to be more effectively bridged.