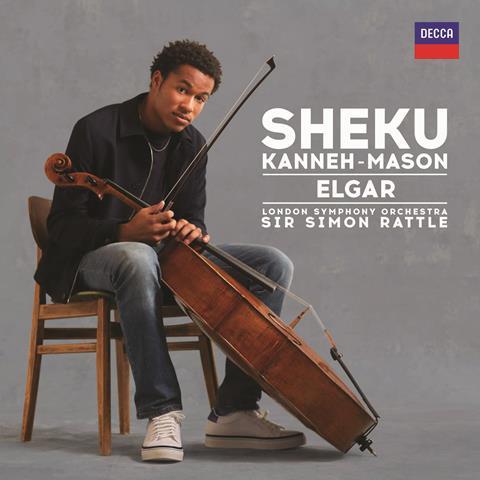 Such is Sheku Kanneh-Mason’s natural ability to communicate the emotional continuity of the music he plays, he even withstands comparison with the legendary Jacqueline du Pré, who also recorded the Elgar Concerto aged 20 with the LSO, back in 1965. Like du Pré, Kanneh-Mason is capable of recreating in the studio the same sense of charismatic spontaneity that characterises his concert appearances. It could even be argued that his tendency towards nobilmente intensity is closer to what Elgar originally intended than du Pré’s free-flowing fantasy.

Yet in John Barbirolli, du Pré found a musical soulmate prepared to surf the tide of the composer’s imagination with her, whereas Simon Rattle is more of a respectful partner, delineating the score expertly and sympathetically, if not quite interpretatively holding hands with his gifted soloist.

The remainder of the programme grows naturally out of the concerto’s expressive sound world, whether in Simon Parkin’s expert arrangements of the op.62 bassoon Rhapsody and ‘Nimrod’ from the Enigma Variations, or Frank Bridge’s Spring Song and the Fauré Élégie, the latter sounding especially effective in this fine arrangement for nine cellos. How wonderful, also, to hear Julius Klengel’s Richard-Strauss-in-overdrive Hymnus for twelve cellos sounding so movingly resplendent, captured in fulsome, atmospherically detailed sound.