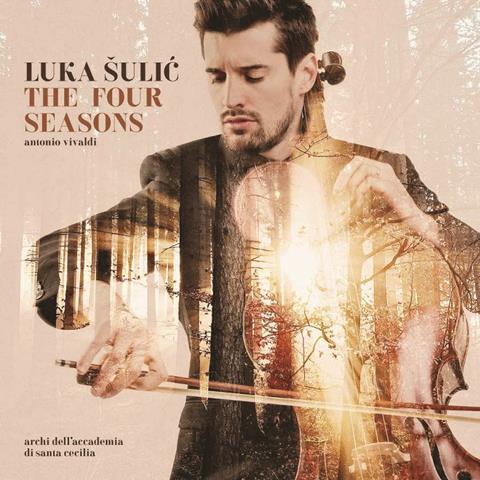 Description: The Four Seasons played silkily on the cello – it’s good in parts

Vivaldi wrote roughly 30 concertos for violoncello, but The Four Seasons are not among them. Being something of a purist, I loaded this CD into the player with some apprehension, wondering just how the unavoidable transposition of the solo part would affect Vivaldi’s transparent textures. The unsurprising answer is that, like the proverbial curate’s egg, the enterprise works well in some parts! The simpler the accompaniment, the more the solo line can come into its own, and the better one can relish Luka Šulić’s fluent virtuosity in passagework. Other moments – most notably the birds’ concert at the beginning of ‘Spring’ – suffer from the large gap between one voice and the others. Elsewhere, the transposed solo part can, as it were, get entangled in the orchestra, the ‘barking dog’ episode in the slow movement of ‘Spring’ being a case in point.

Luka Šulić is, of course, one half of the crossover group 2Cellos and has with this project, so to speak, crossed back into classical music. However, everyone seems to be very much at pains to avoid any sense of academic stuffiness, the profusely illustrated booklet dispensing with any reading matter whatsoever, apart from a list of tracks. The recording itself is rather artificially balanced but leaves one in no doubt about Šulić’s silkily beautiful tone and commendable technical prowess. His many fans need not hesitate.