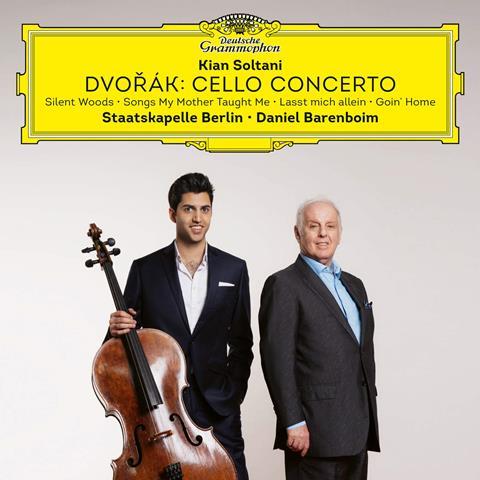 With such distinguished forces as Daniel Barenboim and the Staatskapelle Berlin at the helm, one is guaranteed a musical journey in a Rolls-Royce in this warmly recorded live performance of the Dvořák Cello Concerto. As expected, the ensemble is really honed, presenting much detail in the orchestral parts. The only slight disappointment comes in the very opening of the work, which sounds a little too weighty and lacks a certain degree of momentum. Nonetheless, Kian Soltani brings eloquence and a tasteful, almost classical delivery to the solo part. His approach offers such a breath of fresh air, eschewing idiosyncratic mannerisms and presenting exquisitely coloured and shaped melodies in an uncluttered manner with an immaculate technical delivery. The fleeting moments of regret are tender and moving – an expressive lyricism that continues in the Adagio and the closing section of the Finale. The tempo is perfectly judged as there is always the sense of moving forward, but not at the expense of passages of repose.

Partnering the Concerto with a set of Dvořák miniatures transcribed for cello ensemble is inspired. The effective arrangement of Lasst mich allein is particularly appropriate as the melody also features in the second movement of the Concerto, but in this particular selection of ‘goodies’, my favourite is undoubtedly the Allegro moderato from the Four Romantic Pieces. This is a gloriously sensitive and captivating performance, with the use of pizzicato in the textures obviating too dense a timbre. Here musicianship and intellect are truly in harness.