Thrilling performance of a multicultural cello concerto that straddles continents 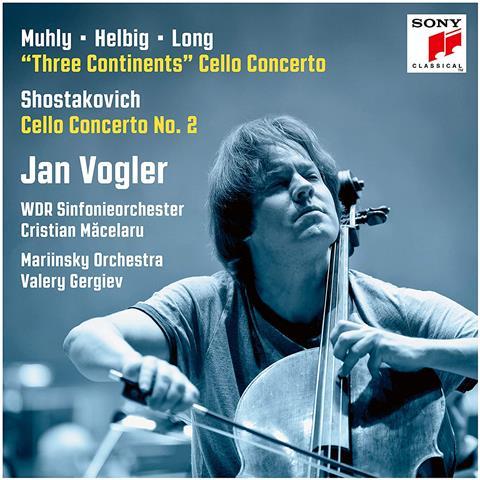 ‘I’m a German, I live in America and I’m married to a Chinese woman.’ This was Jan Vogler’s starting point for a cello concerto in three movements, each uniquely written by a different composer: Nico Muhly, Sven Helbig and Zhou Long respectively. Presented under the collective title Three Continents, each movement has its own distinctive title. Muhly’s ‘Cello Cycles’ is a set of variations on a set of repeating chords, which reverses normal semantic procedure by having the soloist as an emotional constant while the orchestra goes through a series of quick-fire changes in sonic profile. Helbig’s ‘Aria’ is a moving oasis of calm that subtly gathers in intensity before handing over the musical baton to Long’s ‘Tipsy Poet’ scherzo finale, a bracing soundscape inspired by Du Fu’s Song of Eight Unruly Tipsy Poets.

Vogler’s chameleon-like ability to adapt with lightning reflexes to changes in the musical environment creates an edge-of-your-seat frisson in the outer movements and also radiates a haunting sense of timelessness in the central ‘Aria’. He also matches his sound to a remarkable degree with the NDR Symphony Orchestra’s lithe clarity and sparkling flexibility under a devoted Cristian Măcelaru.

A change of venue from the Köln Philharmonie to the Berlin Konzerthaus, and a change of co-protagonists to the Mariinsky Orchestra and Valery Gergiev in Shostakovich’s Concerto no.2, brings with it a slightly warmer sound picture and an enhanced sense of orchestral depth of field. Vogler’s commanding virtuosity in this intimidating score really takes some believing (remarkably it is a ‘live’ recording), although some may feel that Shostakovich’s more visceral outbursts and sardonic double-takes lack the searing musical indictment of the finest versions.