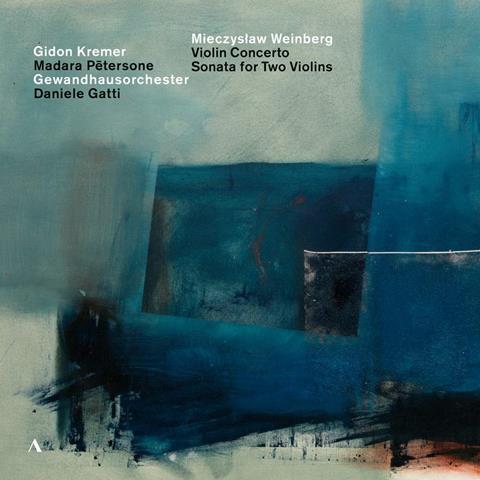 Gidon Kremer admits in the booklet CD to being initially sceptical about Weinberg’s Violin Concerto. He has since played it many times, and this recording has an air of authority. He launches into its punchy opening with fierce intensity, which opens out on a virtuosic course towards a floated second theme set against harp and celeste. This returns at the end of the movement, a calm passage with Kremer reflective and beautiful after the constant turbulence and formidable technical demands preceding it, which Kremer tackles with gritty style. He uncoils the long, hushed cantilena of the second-movement Allegretto with seamless legato, and goes on to explore its shadowy world with beautiful, veiled tone, through to its strange, otherworldly cadenza, a far cry from the usual technical workout, impressive in its quiet control.

Kremer subtly crafts the endless undulating melody, imbued with melancholy of the Adagio third movement. He is stern, nimble and rhythmically precise in the march-like, emotionally uneasy finale before it falls away to its disconsolate conclusion. There is sterling playing from the Gewandhaus Orchestra under Daniele Gatti. Kremer and Madara Pētersone have often performed Weinberg’s Sonata for Two Violins, and it shows in their consummate account of this complex and challenging work. The recording is clear and warm.