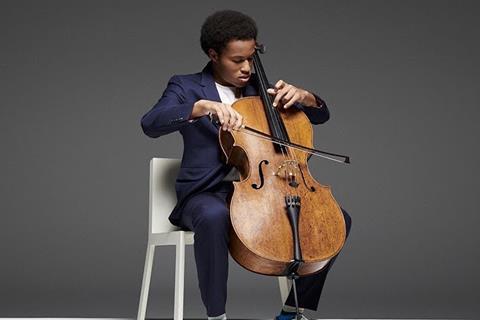 In conversation with the man sitting next to me in Weill Recital Hall, he revealed that he had flown in from Chicago that very morning and would be flying back immediately after the concert. Yes, his ‘day trip’ was solely to hear Sheku Kanneh-Mason and his sister, Isata Kanneh-Mason, in their sold-out recital.

Nothing pleases me more than to report that the acclaim for this cellist is justified. In Rachmaninoff’s Cello Sonata, the opening was filled with the same crisp spiccatos that made appearances all night, and carefully modulated dynamic levels. The demonic second movement was appropriately nimble, with a soaring trio section.

In the third movement, the long lines were handled with the assurance of a master storyteller, helped by the bloom of the cellist’s c.1610 Brothers Amati. And the finale had both pizzazz and restraint, coupled with instinctively right pacing.

The impressive evening began with Beethoven’s Variations on ‘Ein Mädchen oder Weibchen’ op.66, with Isata almost outshining her brother in personality. Lutosławski’s Grave (1981), laced with frenzied, free-wheeling fantasy, stood aloft in icy contrast. And Barber’s Cello Sonata (1932) showed the duo at their most articulate and persuasive, as brother and sister figuratively leapfrogged for honours. If some might have been surprised that there was no encore, it was clear that the cellist and pianist had given their all to the demanding menu.