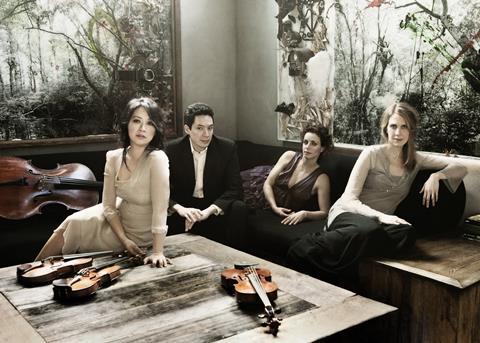 Thoughts of the incalculable damage wrought by the Holocaust loomed large during this evening with the Daedalus Quartet. It was while he was at the Terezín concentration camp that Viktor Ullmann wrote his Third String Quartet op.46, in 1943 – the year before he was killed at Auschwitz. But given the work’s radiance and humanity – at least, in the Daedalus group’s confident hands – one might never have guessed its despairing origin.

Born in Bogotá, Colombia, in 1984, Gabriel Bolaños grew up in Nicaragua and now teaches composition in the US, at Arizona State University’s Herberger Institute for Design and the Arts, Tempe. In five movements, Babel (2015; rev. 2019), for string quartet, explores properties of speech, informed by the composer’s use of spectral analysis software. Some of the middle sections boast effects such as pizzicato in the three upper instruments, while the cello offers a slow, extended scratch, like Morse code. If the results didn’t quite catch as much fire as the work’s genesis promised, the ensemble should be admired for taking a risk with a piece by an off-the-radar composer that was well worth hearing.

Though Mieczysław Weinberg’s family died in the Trawniki camp, he would survive another 50 years after writing his Piano Quintet op.18 (1944), steeped in the contradictory emotions of Shostakovich. With Renana Gutman in dramatic form at the piano, the Daedalus players mined every scrap of the composer’s violence and ambiguity, rightly shining a light on a masterpiece.