Superbly committed collection of all ten of Beethoven’s violin sonatas 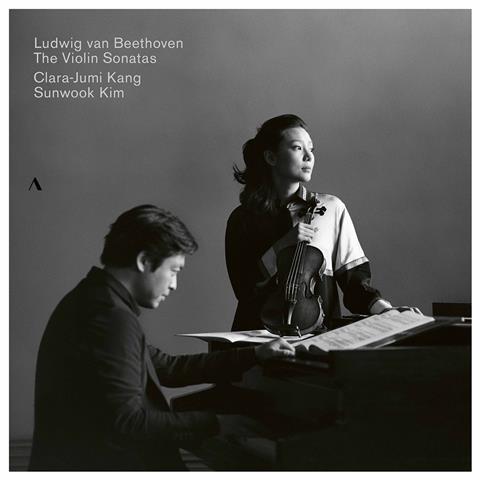 This set was recorded over the course of last year, prompted by Beethoven’s 250th birthday before being held up by the pandemic. Clara-Jumi Kang’s playing has constant poise, whether in the A major Sonata op.12 no.2 with its drawing-room elegance and high-spirits, or the slow movement of the F major ‘Spring’ Sonata with its Olympian beauty. She is as ready to caress as to attack, and there is much here which is delicate and meditative. In the E flat major Sonata op.12 no.3 there are flashes of ferocity in the first movement, but then the central A flat major section of the second-movement Adagio is a wonderful hushed legato, giving the illusion of an endless bow.

In the A minor Sonata op.23 there is drama in the first movement, with Kang’s bow biting into the staccatos, and a pleasing antique formality to the following Andante scherzando. The first two movements of op.30 no.1 in A major are beautifully sculpted, and the third-movement variations are an elegant study in differing characters. By the C minor Sonata they have definitely left the drawing room, with muscular, dynamic playing from Kang preceding great depth of feeling to the Adagio. The G major opens with compelling narrative urgency and closes in the third-movement Allegro vivace with happy insouciance – her lightness of touch is rarely far away.

In the ‘Kreutzer’ Sonata she balances grandeur with gentleness and warmth, with some deceptive simplicity in the second-movement variations and a finale that is energetic but never heavy. That simplicity features again in the final G major Sonata with its long-spun meditative melodies.

Sunwook Kim, himself a noted Beethovenian, is superb throughout. The recording is clear and balanced with a touch of distance.