Self-expression is the key to tension-free string playing

Too often string players are taught to follow their teachers’ instructions, rather than expressing their personal feelings about the music – and this leads to tension and self-doubt, writes Trinity Laban Conservatoire violin professor John Crawford 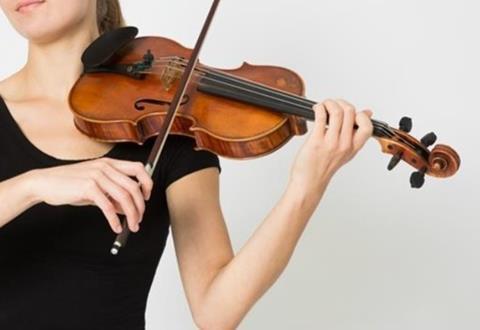 We live in an age of specialisation, in which our ability to dissect and analyse in minute detail is a prime tool in our search for improvement and mastery. The change in attitudes which has occurred in string teaching in my lifetime has been remarkable, with today’s teachers tending to be much better equipped with a variety of ideas and approaches to every conceivable aspect of the problems encountered in playing. Even since the great Carl Flesch, wonderful teachers like Ivan Galamian and more recently the brilliant Simon Fischer have given us a rich store of ideas and approaches which have expanded the whole field in a remarkable way.

But, as one of my teachers was fond of saying, ‘every stick has two ends’. There is undoubtedly a danger that the increasing tendency to analyse the skills involved in string playing can lead to a situation in which the student finds that they are dealing with an ever-growing number of juggling balls to keep in the air. The left hand becomes separated from the right, and then there’s vibrato, not to mention the right posture or movement prescribed. There’s also the interpretation to ‘get right’ – and we mustn’t forget to be historically informed! Don’t forget to breathe! The list goes on and on. The poor student is sometimes left with a burgeoning list of instructions to follow – indeed I have seen such handwritten lists on the front of the music, usually headed by ‘BREATHE!’ Or the equally unhelpful ‘RELAX!’

Of course, it is necessary to analyse individual elements of playing, and bring attention to detail, but I would submit that the starting point must always be the desire to express the music. Too often the changes which are suggested in lessons appear in the student’s playing as ‘grafted on’ elements, without connection to their genuine need to express; such changes then remain as isolated extra tasks, unintegrated into the music and the conception of it which the player is trying to communicate. Having attended many masterclasses over many years at all levels, I am often left puzzled by the absence of a simple questioning of the student by the ‘master’ as to what they feel, what they would like to say through the music, what is their search. So often what ensues is a very sophisticated version of ‘no, don’t play it like that; play it like I think it ought to go’. The chance of the student finding their own voice and participating in their own search is negated from the start. The instructions given may well be excellent and even inspiring, but often leave the student feeling that their sense of the piece is either not valid or that they need to be told ‘how it ought to go’.

How can we approach the dilemmas posed by this situation in a positive way? In an ideal world all technical adjustments would spring from a need to express, resulting in a different sound palette, more fluency, clearer articulation, and whatever else may appear to be lacking. I realise that this may seem idealistic, but too often the idea that a student could have their own idea of interpretation and then search for the technical means to achieve it is not even considered.

I remember giving a lesson some years ago to a fine young violinist who had spent several years studying at the St Petersburg Conservatory. She played the first movement of the Bruch G minor for me, and when I asked her what idea she had of the opening, what she wished to express, I was answered by a long silence, followed by ‘no-one has asked me a question like that before’. How is this possible? Of course, it may well be the case that the previous teacher(s) felt that the student was showing no imagination; that her playing was dull and needed more contrast, articulation or whatever. But apparently no attempt had been made to give confidence in the ability to explore her own idea, perhaps even through singing, movement or drawing.

Read: Position and freedom: keeping the two in harmony

I remember a wonderful class with Donald Weilerstein in which the main thing that the student was asked to do after playing was to conduct the piece, and thereby sense the changing energies of the music through responding instinctively with movement. Without this kind of possibility, we inevitably end up with what Kato Havas described as ‘playing from the outside in’.

Could this questioning be a valid starting point? Of course I appreciate that compromise may be necessary, but if we remember that the root meaning of education is to draw out from the student what is already inherent, and to stimulate their curiosity in order to support their development, surely there is room for a re-evaluation of much of what goes on in higher level instrumental teaching in relation to these questions? For me, and I speak as a teacher with 30 years’ experience of reasonably high-level teaching, this is a basic problem which has huge ramifications for the well-being of our students.

There will always be the very gifted whose natural flow can survive almost anything, but many find themselves gradually losing their love and enjoyment of playing because, often without their realising it, they are being asked to do something which doesn’t come from their own voice or conception, so they end up viewing performance as a kind of obstacle course. In such a situation energy cannot flow ‘from the inside out’, and this is undoubtedly one of the main factors in the increasing number of our students needing physiotherapy and suffering from blockages of various kinds. Often the poor student is then given the impression that there is something wrong with their ‘body’, apparently a thing separate from them, which needs to be ‘fixed’ through exercises. If I have nothing genuine to say, to express, my energy doesn’t flow: in fact it may well move in the wrong direction – inwards, the opposite of expression, which by definition is a sending out. We call this wrong direction ‘tension’ – a player pulling in on themselves in a desperate attempt to follow someone else’s idea and try to ‘get it right’. And then they have to add the idea of relaxing to the already multiplying list of things to do.

Many years ago, I was privileged to work with a remarkable teacher of Dalcroze, Bob Abramson. After intensive study of solo Bach at music college I had decided that I wasn’t going to play Bach anymore, because whatever I did apparently didn’t meet the approval of my teacher, who often gave the impression that there was some kind of secret involved which was beyond me. Fifteen years later in a workshop, Bob asked me to dance the B minor Sarabande while he played the piano, and after suppressing my initial reaction of wishing to run out of the room, I realised that from deep inside I had a natural and meaningful response to this wonderful music which I could call my own, and which was every bit as valid as anyone else’s. Revelation! To play from my own feeling after years of self-doubt felt almost sinful.

I know from my contact with hundreds of singers and instrumentalists at tertiary level over 30 years that the situation I found myself in is by no means unusual. The joy experienced when music is played from the inside, when conception, technique, instrument and bow become one is surely something that should lead us in our work. We must be more active in guiding our students towards creating the conditions and environment in which this possibility can develop. I fear that too often we are moving away from such an ideal by fragmenting our conception of what needs to take place into ever smaller details, without giving the permission, time and space for a reintegration to be possible. I submit that only when expression becomes the leading motivator for all the movements which enable it will the ideal be given a chance to become reality.

The author is indebted to Sophia Rahman for help in the preparation of this article.