5
‘On paper, it should have been a match made in heaven’ – Julian Lloyd Webber on his struggle to find the right cello
Playing Hub

‘On paper, it should have been a match made in heaven’ – Julian Lloyd Webber on his struggle to find the right cello

The British cellist remembers bumps in the road that led him to remortgage his house to pay for the c.1690 ‘Barjansky’ Stradivari 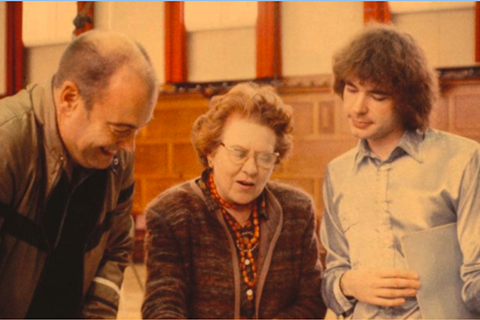 Having moved on from his first full-size cello, a Joseph Hill, Lloyd Webber was by now playing an instrument by renowned French luthier Paul Bailly, of which he was particularly fond. However, as he began to get more solo engagements, the time came to find something more sophisticated, and through J.&A. Beare he managed to obtain a 1690 cello – a possible Giovanni Grancino. This was in January 1974, yet despite having high hopes for the instrument, on which he made several early recordings, he now candidly admits he was never that happy with it: ‘On paper, it should have been a match made in heaven, but to be completely honest, now that my playing days are over, all I can remember about my time with the Grancino was how much I wished I could have been playing another instrument! It had very little bass worth speaking of, and I wasn’t all that enamoured with its basic sound.

‘After six years of soldiering on with the Grancino,’ Lloyd Webber recalls, ‘I decided it was time to invest in a top-notch instrument, which turned out to be a 1791 Giuseppe Guadagnini. It was a great improvement on the Grancino, but it still lacked the necessary depth in the bass register.’ Following three years with the Guadagnini, which included a number of important recordings, he became ‘fairly desperate to move on’. In 1983, he purchased the c.1690 ‘Barjansky’ Stradivari (see page 32) at auction for an eye-watering amount – allowing for inflation, around £560,000 in today’s money. It involved him having to remortgage his house and take out a substantial bank loan. ‘By then, I was enjoying a successful career as a concert artist, but was earning nowhere near enough to cover the cost of the Strad,’ he remembers, turning pale at the thought. ‘It really was something of a gamble at the time, because I hadn’t even had a chance to try it out in concert, and it had sat, unplayed, in a bank vault for several years before I acquired it. In fact, as I gradually played it in over the first few months, it was so unpredictable at times that I wondered if I’d made a terrible mistake in buying it.

’Yet it was clear from the start that it was in a different league from any instrument Lloyd Webber had owned before: ‘What immediately struck me was the extraordinary quality of its A string and bass sound. It is also a superb instrument for recording, as you can come in really close with the microphones and it still sounds glorious. It involved a shift in playing perspective, because whereas with my previous cellos I had always dictated the sound, now it was more a partnership of equals. It is not an instrument that reveals its distinctive qualities immediately – you have to work with it for a while to discover how to get the best out of it. I played it with the greatest pleasure from 1983 until I was forced to stop playing in 2014. Now, I’m pleased to say, it has a distinguished new custodian – Kian Soltani.’