‘We are going to become more and more parochial’: Julian Lloyd Webber hits out at post-Brexit visa rules 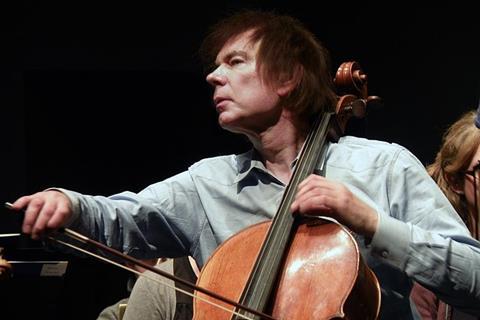 Cellist Julian Lloyd Webber has voiced his concerns that the younger generation of British musicians will find themselves without the opportunities he had when starting out, as a result of post-Brexit restrictions on EU travel. The 70-year-old, who was recently made an OBE in the Queen’s 2021 Birthday Honours, said the new rules would make things ‘really difficult’ for musicians ’to carve out a great international career’.

’I was just so lucky to be able to go to the great cities like Vienna and Salzburg and Amsterdam and Paris,’ Lloyd Webber told the Press Association, ‘and not have to fill in a single thing, just show my passport. Those days have sadly gone.’ He added that EU organisations might ’all think, ”Maybe we don’t need to book a British artist after all”’ as a result of the restrictions. ’We are going to become more and more parochial and go back to how it was many, many years ago.’

Read: ‘I felt the power suddenly go from my bowing arm’ – Julian Lloyd Webber on facing the unthinkable

Lloyd Webber, who stepped down as principal of the Royal Birmingham Conservatoire earlier this year, said that Eu travel had become ’a minefield really, and it should have been tackled at the time in the Brexit negotiations. It would be simple to solve it with a visa waiver.’

Regarding his OBE, Lloyd Webber said, ’I think it’s great for classical music, it’s great for the profile of classical music, and I have obviously been blessed to work with amazing musical collaborators over the years, and I don’t think this award would have been possible without that. So I would like to thank each and every one of them.’