How to play cantabile on the cello

Ahead of her new album release, the French-Swiss cellist Ophélie Gaillard explains how she simulates the vocal expressiveness of a melodic line on the cello 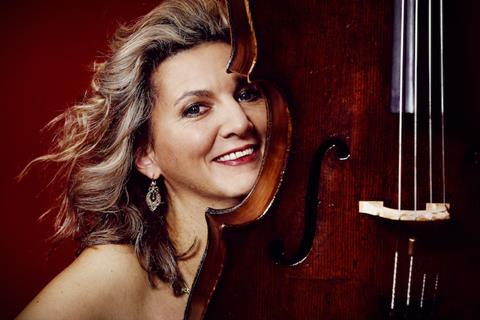 Whenever I approach a piece of music, I tend to search for the cantabile of a musical phrase, find the vocal expressiveness of a melodic line, explore new colours and make a musical intention or an emotion palpable.

As Anner Bylsma once said, the cellist must become a master of fencing with their bow. The bow is our main ally. Without it, it’s difficult to talk about the cantabile, the art of connecting one note to another, of joining one sound to the next. Its action is dependent on the right arm’s balance: having fluidity of movement in space, a good amount of weight transferred from the back to the upperarm, forearm, and hand, and good flexibility and tone of the joints. You have to constantly adjust yourself, and find a subtlety of balance between speed and weight, articulation and legato, and song and speech.

Since we are talking about cantabile, let’s look at the vocal repertoire that inspires me so much, to find the colours, the breath and the inflections of speech. By doing this, we can work on a text in its entirety, with all its sound and meaning - ‘signifier / signified’ as Roland Barthes would say.

I have always adored singers, and regularly go to their concerts. The timbre of Sasha Hvorostovsky’s voice inspires the way I play a particular passage of the Roccoco variations; Fritz Wunderlich haunts me when I play Schubert or Schumann, a passage from Haydn’s concerto recalls to my mind Pamina from Mozart’s The Magic Flute. These connections are actually a very effective educational tool!

To demonstrate why this is, let’s take two very different tunes (although both revolving around the theme of love) that cellists know well:

• Tchaikovsky’s ‘Kuda Kuda’ from Eugene Oneguine, an aria introduced by a magnificent solo from the cello stand

Despite only lasting 2’30, Tosca’s solo is formidably difficult: you must make all the inflections of the melodic line whilst also thinking polyphonically; there are numerous changes in dynamic throughout; and the rubato must be natural.

It is impossible to go straight, to “spread” as we say and drown in the pleasure of the beautiful sound of the desk. It is also impossible for the solo cello to go it alone because the four lines must fit together and undulate freely.

Let’s try to replace the tenor in the following aria, sculpt the melodic line, explore all registers of expression, from nostalgia to extreme pain. The bow must sometimes stroke the string, allow the vocal line to breathe and then underline an almost violent expression, as though simulating a sob. Let us remember the writing of the past in full. Let’s try to be aware of the direction of the sentence carried by the arm, the inequality between the down and up bow strokes. In treatises in the Baroque era, one refers to down as ‘nobile’ and up as ‘vile’. In essence, consciousness comes into play. Let’s play with, and use, all aspects of the bow parameters: weight, speed and space.

Let’s break down each sound as we break down a word: each has a beginning (projection of the sound thanks to the different consonants or attacks), a middle (choice of timbre according to the vowels chosen) and an end (with an acute awareness of inscribing the sound in the final silence). If you master this tenor aria, then you can find the right tone for the solo that precedes it.

Watch: Violinist Itzhak Perlman on the importance of singing

Now let’s take the air of Onegin, ‘Kuda Kuda’ and change the language. I believe that you have to speak with your bow in the native language of each composer, or even each work (in the case of Mozart for example). As Antonin Artaud says, we are “emotional athletes”, chameleons who change with each new work approached. And if unfortunately I do not speak this beautiful Russian language, then I can appropriate it by listening to Mussorgsky’s Songs and Dances of Death, for example. Each inflection of the vocal solo should make its way into the cello orchestral line.

Draw affect, passion, urgency, words, and give meaning through the flesh of sound and its projection. For this, you must analyse the text and the different types of consonants and vowels used.

So we can let these essential ingredients ‘infuse’ and nourish the interpretation. Our bow will become our faithful ally, a servant of musical and artistic intention, like the painter’s brush.

French-Swiss cellist Ophělie Gaillard will release her new album, ‘Cellopera’, with Aparté on 5 March. You can pre-order here.

Read: How to improve your sound by practising on open strings