'Extremes of constant vibrato or none at all do not solve musical problems,' says violinist Anne-Sophie Mutter

The violinist speaks about vibrato as an expressive device 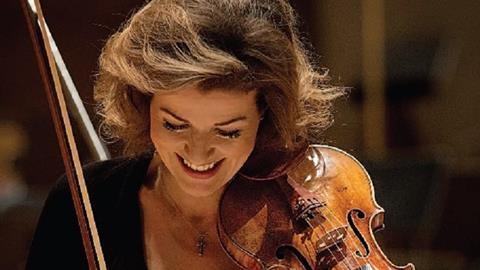 The following article was published as part of a larger feature on Anne-Sophie Mutter in The Strad's December 2013 issue. Click here to subscribe and login. Alternatively, download on desktop computer or through The Strad App.

For Mutter the controlled use of vibrato can never be a bad thing, whether in Dvorák or Mozart. ‘It is one of the many expressive devices we have, an element of style that one applies consciously in order to endow a musical flow with a particular colouring or drama. Unfortunately this is often overlooked in the education of string players.’

She notes that although notation became more precise in the 20th century, allowing a composer such as Webern to indicate ‘senza vibrato’ more than once in a single bar, one should devote careful thought to where Mozart might have wished for restraint. ‘Either constant vibrato or none at all is not a solution to musical problems. I think that intelligent use of vibrato, as subjective as that is, is the key to an interpretation that can illustrate as many of the emotions of a work as possible.’

‘Although one has to grasp the analysis of a work, one shouldn’t underestimate the sensual level – the search for timbre. That is how I fell in love with the ad libitum non-vibrato passages in Lutoslawski's pieces.’

The full Anne-Sophie Mutter feature is published in the December 2013 issue, click here to subscribe and login. Alternatively,  download on desktop computer or through The Strad App.