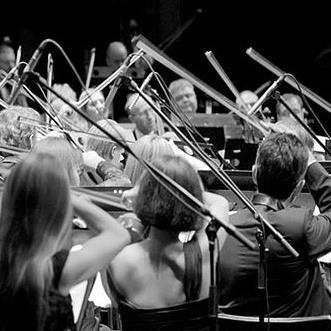 If any supposedly equal member of a string quartet is going to be overlooked, it is bound to be the second violin. The viola and cello may have their problems but at least those difficulties do not concern their very identities. As it is, the term 'to play second fiddle' has a pejorative tone it is never likely to lose. Yet the role of second violin is incredibly important and demands a highly skilled performer, as the quotes by leading second violinists below demonstrate:

'I think the second violin is the most important glue in the string quartet. It's a harder job than being a leader. You have to be a virtuoso or you're lost in the shuffle. You have to blend with the leader and you have to play along with the lower instruments. Because of the nature of the writing you're always either a non-entity or terribly important - there's no middle ground.'

'As second, you have to project a register which is often problematic on the violin. It isn't good for a violin, the low register - you find yourself lapsing into inaudibility. What's challenging about being in the middle of the texture is the business of moving from level to level. The second violin has to change, depending on whether he's playing a solo, blending or accompanying.'

‘You have to be able to rise to the level of the first violin and at times you must play under the others - more so than the viola and the cello, because there's another violin in the group. The second violin can be disastrous for the tuning, because so many of the harmonies are determined by his voice in the quartet. Playing second violin is more difficult from the musical point of view, because it needs both the ability to sympathise with that lower register and assume that slightly darker colour of the viola, and then the ability to take the soloist's role.'

'It can be difficult, having to have a very good sonority at the bottom of the range and then having to have an equally good sound at the top, and finding that you haven’t because the focus is on the leader, your violin is not used to resonating at that level and you yourself are not used to it either - and so you end up sounding thin. I'm struggling to find a fiddle that's rich at the bottom and good at the top.'

'It's a very supportive role, an enhancing role in helping those who have the solos to shine. You set the lighting for the work, along with the viola. You’re an organic part of the body - the heartbeat, the deep-down part of the work; you’re setting a pulse, along with the viola, creating a river in which a melody can glide. The inner voices are very important in creating a feeling of excitement in the quartet.’

'You can’t really hide if you're in a quartet, but the second violin of all the four has to be slightly more subservient; being flexible is more important. It's not good for a quartet to have a second violin that draws attention to himself.’

‘It's a certain attitude of mind, seeing the inner working of the orchestra - one's role has to be much more varied. You have to apply yourself to making different kinds of sound and sublimate your ego. In a symphony orchestra, even though the viola and cello may be in an accompanying situation, they still have their own voices, whereas the second violin is just duplicating the first - so if it has to bring out its line, it has to work harder to project, working in a register that is less favourable and not as bright and edgy as the first violin. I love having to react to things. You have to adapt and the first violin doesn't have to do that - he can say 'Look at me, chaps' and have complete freedom. You have to keep your reactions finely honed, so that you're at the service of whoever needs the freedom.'

'The 'must' for the second violin is reliability. More often than not, the first violin opens a movement with a theme consisting of longish notes such as minims while the middle parts play the shorter, quaver values. There is no conductor to set us off on the right track - it is only through individual initiative that we can unanimously produce the right mood and tempo. This responsibility becomes entirely the task of the second violin when it opens a fugal movement - and for compositional reasons it is the second violin which does so in most cases.'

These quotations were published as part of a larger article by Tully Potter in The Strad’s July 1996 issue.