From the Archive: advice for second violinists

Intelligent, modest, self-controlled, sympathetic: a description of all good second violinists from The Strad's May 1914 issue 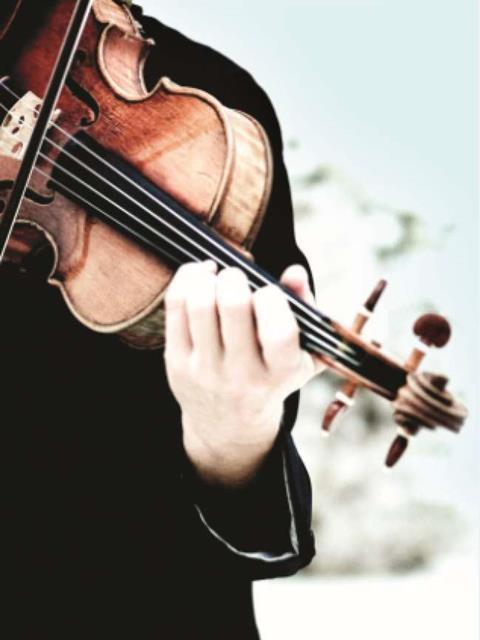 It stands to reason that not everybody can play first fiddle — not only in the orchestra but in the ordinary affairs of life — but it is a conspicuous fact there are always many more candidates for the front desks than personal capacity to fill them.

Every clerk aspires to be manager, every workman to be foreman, every chorus singer to be prima donna and most private persons to be cock o’ the walk in the home or in their private social circle. It is an instinct common to humanity, but doomed, in most instances, to be thwarted.

Obviously, not everybody can stand on the top of the ladder, but that is no reason why one should not be both useful and happy on various intermediate rungs, or, of course, progressively.

If the second desks are occupied by a dull, discontented crowd who have merely been unwillingly rejected from the opposite benches because of technical incapacity, the whole character of the music rendered will suffer, and this even if they avoid playing direct wrong notes.

One must have a respect for and understanding of the part before one can do it justice; and here let us attack the popular notion that the second fiddle part is easier, therefore less creditable to play, than the first.

As a matter of fact, it is quite as, if not more, difficult, though with less opportunity for showing off. With this one exception, in a technical sense, that it lies less frequently in the higher positions, it makes greater demand both on the intelligence and acquired knowledge of the player.

It has fewer landmarks as to locality, that is, to the uninitiated; the rhythm of it must be grasped intellectually rather than by wear, so that those who fail to analyse complicated beat-groupings at sight are left gaping; and its beauties do not lie as so much on the surface, nor its characteristic points, but require to be perceived and interpreted by keener and more delicate artistic senses.

It is really a much more admirable and responsible thing to be an efficient second violin than an indifferent first. It is a more troublesome undertaking; that is why so many girls who join an orchestra chiefly to be 'in the fun' and to wear a pretty dress at the concert, shirk it. But the more ambitious ones ought to realise that there is, here, ample opportunity for them to show their worth.

Every conductor is deeply grateful for good all-round second-fiddle work. He knows, if they do not, that half the success of his undertaking depends upon their proper spirit and efficiency. It is here, and sometimes amongst the violas, that the weakness of the usual type of amateur orchestra is commonly evident. One can nearly always get two or three good firsts who come well up to the mark and keep their end of the flag flying; but between them and the rank and file there is often a great and audible discrepancy.

Now, if only one or two of those who are technically well equipped set the fashion of choosing to play second fiddle, setting its proper value upon the part, we should soon get a better balance in the general distribution of tone as well as of intelligence in the musical mass, and a better feeling amongst the players.

The desirable qualities in an ideal second fiddle player are intelligence, modesty, self-control and sympathy. Sufficient intelligence to comprehend the significance of each instrument’s contribution to the design; sufficient modesty to check the inclination to 'outplay' his or her fellows; self-control, that duty to the conductor may overrule personal inclinations or nervous irresponsibility, and sympathy that no little detail of phrasing or nuance, no subdual or broadening of volume, no characteristic accent or transitional change of rhythm may escape notice or interpretation.

That these qualities are not indigenous to unaspiring and uninteresting persons should be self-evident; it is not yet sufficiently so to the crowd of fiddlers one finds in detached averagely musical centres. Let us hope these lines may prick the sensibilities of some of the malcontents and inefficient ones, and spur them on better things both in understanding and capacity.

This article was published in The Strad's May 1914 issue.