Now is the time for the double bass to shine

After centuries of neglect, the double bass is receiving the attention it has always deserved. Jeff Bradetich argues that now is a great time to be a bassist 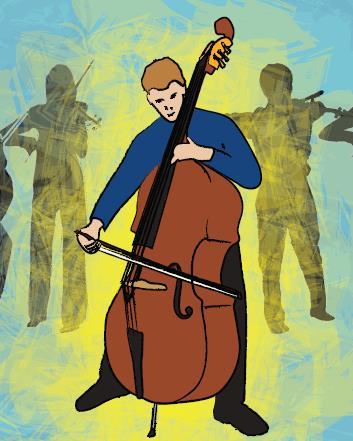 Not since the time of the first Viennese School has the double bass enjoyed such a profound period of growth. During that part of the late 18th century, every great composer wrote solos and concertos for the bass, including Haydn, Mozart, Dittersdorf and Hoffmeister, as well as many lesser-known composers. An unprecedented amount of chamber music including the double bass also appeared.

This heyday of bass popularity soon came to an end – and from 1824 to 1949 no major composer wrote a solo work for the double bass. Not until Hindemith wrote his Double Bass Sonata in 1949 did composers begin to turn their attention back to the instrument. With the advent of Gary Karr’s international career and the popularity of European bassists Ludwig Streicher and Franco Petracchi, this interest began to snowball.

But a movement cannot gain momentum with just a few people. As recently as the 1980s, the bass was not considered a solo instrument by the vast majority of those who played it professionally. Students often learnt just one or two solos in their training – good enough for an orchestra audition. And yet the growth still happened.

There are many reasons for this. Within the bass profession, the main impetus has come from the regular gatherings of bassists at conventions. This, in turn, has given rise to an explosion of bass festivals. It makes me think: when was the last time there was a violin festival? Perhaps violinists don’t need it but we bassists do, and we have benefited greatly because of this direct sharing of ideas, methods and performances.

Other primary influences include:

*a larger amount of pedagogy and understanding of the instrument

*a greater number of good-quality teachers for young bassists

Right now, no other stringed instrument is being challenged to the same extent as the double bass. The entire playing of the instrument is being transformed, and repertoire that had never been dreamt of previously is now possible. Is it just because we are so far behind the other instruments that we have so much room for growth? That can certainly be argued, but the advancement in strings, the shortening of the string length, the lowering of the string height and the improved quality of instruments, especially for younger students, have all helped make the bass easier to play.

Where has this led us? Composers searching for new, more expansive means of expression are writing as much for solo and chamber bass as for any other instrument. Soloists are performing in all kinds of venues, and almost all students now want to learn solo repertoire. Players such as Edgar Meyer, François Rabbath and Renaud Garcia-Fons have also been at the forefront of the crossover genre, and Baroque playing is providing new demands and opportunities.

More competitions are allowing bassists to compete, and there are several competitions for bass alone. With the advent of the digital age, recordings are easy to produce and make available. They contain moments of exquisite beauty that are the absolute equal of any other instrument or voice.

Teaching is another growth industry, with young people – especially young girls – taking to the bass in record numbers. In Taiwan, the vast majority of bass players are female. Music sellers report that their biggest sales of bass repertoire are in ensemble music, indicating a growing popularity of bass ensembles.

There are still many areas of concern for the bass profession. Pitch will always be our nemesis, as will our own overzealousness for higher and faster playing. We must continue to improve our original repertoire and strive to gain greater public attention and appreciation. Finally, we must always remember that the bass has a low range that can be both profound and rich in tone, unmatched by our string brethren, and we must recognise the depth and meaning of the music.

But with the zealous initiative of bassists, these problems are but a challenge waiting to be conquered. It is indeed a great time to be a bass player.

This article appears in The Strad February 2014 double bass issue, on sale now.  For more opinion and debate, subscribe to The Strad or download our digital edition as part of a 30-day free trial.