The French-Syrian double bassist, who turns 90 today, considers his unique technical journey, the inspiration he drew from crustaceans, and the benefits of playing a waiting game 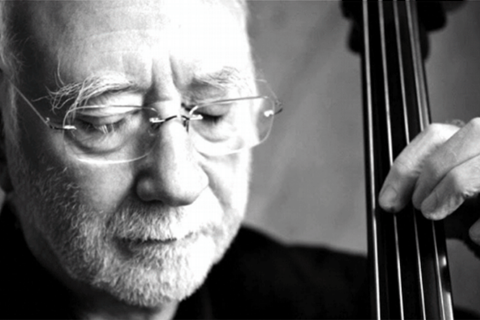 In honour of François Rabbath’s 90 birthday, we are republishing some of our archive content related to the French-Syrian double bassist. The following piece is from The Strad’s February 2019 issue.

It was precisely because I didn’t have a double bass teacher that my technique was able to develop the way it did. And because I wasn’t following the traditional method, I was free to find easier ways of doing things.

Refusing to question why things are done a certain way means closing off your mind to alternatives you aren’t even aware of yet. As a child I watched my brother playing artificial harmonics on his violin and, because at that time I wasn’t aware that it was considered almost impossible, copied him on my bass without giving it a second thought.

It was only when I got to Paris that I discovered it wasn’t ‘supposed’ to work. Later on, when I was about 16, I came across a copy of Édouard Nanny’s double bass method and was very surprised to discover all these positions I’d had no idea about before. By that point, I’d created my own solutions to the same problems, only mine made it easier to pivot and, therefore, to cover more of the fingerboard in less time.

I was watching a crab run and jump along the beach without it ever falling over when I noticed how similar it was to a human hand.

I ran home and – without even touching the bass – wrote more than 20 pages of technique that translated the stability of the crab’s movements into a way of ‘walking’, semitone by semitone, along the fingerboard.

It was such a logical step from the crab to the left hand that I didn’t need to change a single note when I came to check what I had written on my instrument the next day.

Initially, it helped me most of all to play solo Bach, which requires you not to slide between notes. But, despite what some people think, it can be extremely useful in orchestral playing, too.

Just after I had started playing with the orchestra of the Paris Opera, I remember once rehearsing a passage from La traviata which is a real nightmare if played the ‘traditional’ way.

A colleague asked why on earth I was using my ‘crab’ method but Zubin Mehta, who was conducting, told all the cellists and bassists to stop so that they could see and hear how I was playing it.

Saying you’re ‘trying’ to do something means you’re apologising for yourself before you’ve even begun. Don’t ‘try’, or you’ll be trying all your life.

When I was young and I couldn’t play something, I would simply stop and wait a few months. By that time, with practice, my technique would have developed a little and it would be easier.

This became the joy and the challenge that motivated me to keep improving. What you don’t know today, you may very well know tomorrow.

This interview is from The Strad’s February 2019 issue, which can be downloaded on desktop computer or via the The Strad App, or in print.