The contest, which takes place every two years, was held according to strict Covid-19 guidance 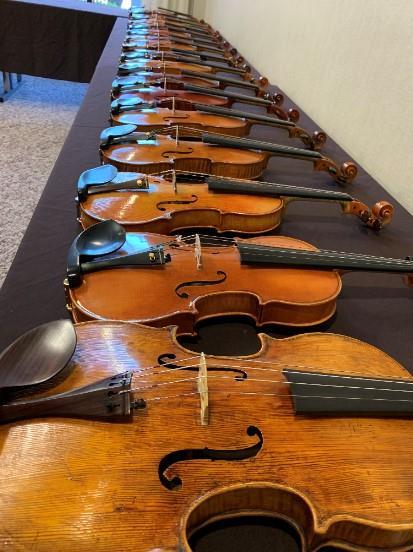 The Southern Violin Association (SVA) has announced the winners of its 2021 SVA Makers Competition. This was the third edition of the event, which took place in Atlanta, Georgia.

Mexican luthiers did particularly well at the competition, with Erik Iván Diaz-Garcia receiving the gold medal for violin workmanship and the highest score, allowing him to serve on the jury for the next competition in 2023. In addition, Pablo Alfaro (who co-wrote The Strad’s article on Mexican lutherie in August 2020) received two golds, one silver and one bronze medal. J. Wesley Rule of Knoxville, Tennessee, won gold for violin tone and picked up the special Southern Maker Award, for the highest-scoring violin by a maker from the southern United States.

Owing to Covid restrictions, none of the luthiers were allowed into the judging hall, with only the judges themselves and competition staff granted access. In addition, only violins and violas were eligible for entry this year. This year’s judges were Stephanie Voss, Jerry Pasewicz and Jaime Gonzalez (workmanship) and Olga Shpitko, Juan Ramírez and Jonathan Wright (tone). The full list of winners is below.

Read: From concept to sound: What judges look for in a violin making competition