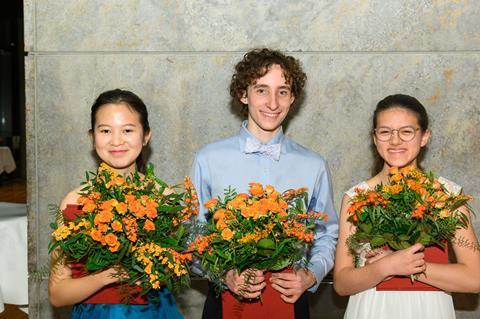 Phoenix Avalon, an 18-year-old violinist from Santa Fe, US, has won first prize in the senior category of the 9th International Louis Spohr Competition for Young Violinists at the Franz Liszt Weimar University of Music in Germany.

Avalon performed Mendelssohn’s Violin Concerto in E minor the final round with the orchestra of the University of Music Franz Liszt Weimar, conducted by Nicolás Pasquet. He received a cash prize of 3,500 euros.