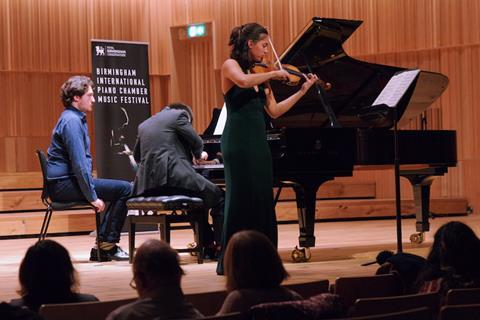 The first ever Birmingham International Piano Chamber Music Competition has been awarded to the Indian-American violinist Usha Kapoor and the American pianist Edward Leung, who performed works by Mozart, Adams and Saint-Saëns. They receive £4,000, a commercial recording with Resonus Classics and professional engagements at Wigmore Hall, Winchester Chamber Music Festival, Ulverston Festival, and Chamber Circle, Brussels.

Leung, 23, who is studying for his Masters at the Royal Birmingham Conservatoire with Pascal Nemirovski,  has performed in concert halls across North America, Europe, and Asia.