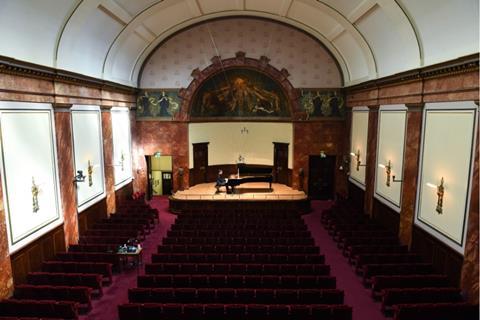 Radio stations across Europe are joining BBC Radio 3 in broadcasting Live Lunchtime Concerts from London’s Wigmore Hall throughout June. The performances take place every weekday without an audience present and in respect of social distancing measures for all artists and staff.

The recitals are part of the cross-platform BBC Culture in Quarantine initiative, ’bringing arts and culture to people’s homes during these uncertain times of isolation’ on the station’s radio, television and online channels.

’It is a huge joy to work with BBC Radio 3,’ said John Gilhooly, artistic and executive director of Wigmore Hall. ’This series is meant to be a glimmer of hope for live music making and part of the beginning of the return to the platform of some of the greatest triumphs of human creativity and imagination. Musicians and audiences long for live music making again. Bit by bit we will get there with our public back in better times.’