The 22-year-old Chinese musician wins $13,000 and a number of performance contracts 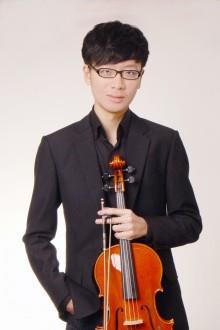 The winners of the 2021 Irving M. Klein International String Competition have been announced. Violist Yuchen Lu, 22, received the first prize and $13,000. The award also includes performance contracts with the Peninsula and Santa Cruz Symphonies, Gualala Arts Chamber Music Series, and Music in the Vineyards.

Violinist Grace Huh, 18, took the $6,300 second prize, which comes with performance contracts with the San Jose Chamber Orchestra, among others. Huh also won the $500 Pablo Casals Prize for the best performance of solo Bach.

Third prize and $2,500 went to cellist William Tan, 16, who also received $500 for the best performance of the commissioned work by Sakari Dixon Vanderveer. In addition, violinists Ria Honda, 20, and 17-year-old Serin Park both received fourth prizes worth $1,500.

Born in China, Yuchen Lu is currently studying for a masters with Carol Rodland at the Juilliard School. Previously he studied at the New England Conservatory with Kim Kashkashian. He has won second prize at the Lionel Tertis Viola Competition and will attend the Marlboro Music Festival in Summer 2022.

Watch the finals of the 2021 Klein Competition below: