He receives $13,000 as well as various performance opportunities 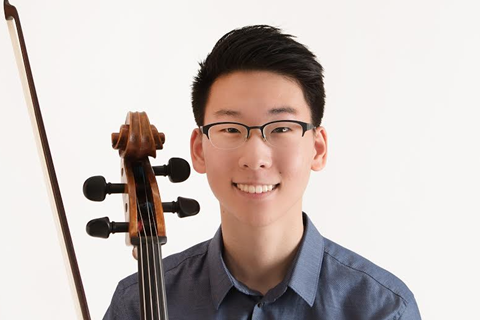 Following a final round last Sunday at the San Francisco Conservatory of Music, the first prize of 34th Irving M. Klein International String Competition has been awarded to James Baik.

The 17-year-old cellist, whose winning programme included movements from Beethoven’s Cello Sonata No. 5, op.102, no. 2; from Schumann’s Cello Concerto in A minor, op. 129; and Bach’s Cello Suite No 5 in C minor; as well as Carlos Simons’s Between Worlds, receives $13,000.

In addition, he will have the opportunity to perform with the Peninsula and Santa Cruz Symphonies, the Gualala Arts Chamber Music Series, and Music in the Vineyards.

Second prize of $6,300 went to the 23-year-old cellist Dakota Cotugno, who also won the $500 Pablo Casals Prize for the best performance of the solo Bach work.

Third prize of $2,500 was awarded to 22-year-old violinist Julia Mirzoev, in addition to the $500 prize for the best performance of the commissioned work.

Fourth and fifth prizes of $1,500 each went, respectively, to 20-year-old bassist Gabriel Polinsky and 19-year-old cellist James Hettinga. Each Semifinalist not awarded a named prize receives $1,000.

Baik, who began playing the cello at eight, is currently studying with Hans Jørgen Jensen. He made his debut solo appearance in 2015 with the Houston Civic Symphony Orchestra and the Clear Lake Symphony as a winner of their concerto competitions.

Since then he has reached the finals of numerous competitions, winning the DePaul Concerto Competition and the Walgreens National Competition in 2018. In summer 2018, he attended the Aspen School of Music, participating in the Finckel Wu Han Chamber Music Program.

Mitchell Sardou Klein, Artistic Director of the festival, commented: ‘The 34th Klein Competition once again brought an exceptionally high level of  performances to our growing San Francisco audience, but I was struck by the remarkable originality of so many of the interpretations that we heard. These were wonderfully imaginative and organic approaches to masterworks and also to lesser known pieces and to the commissioned works of Carlos Simon. It made for an engaging and highly enjoyable weekend of music.’