The 18-year-old Bienen School of Music student receives the top prize of $13,000 and concert engagements 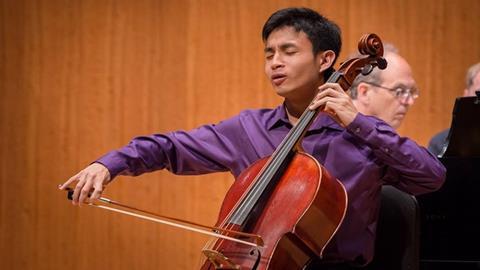 The 18-year-old California native, who is currently studying with Hans Jørgen Jensen at the Bienen School of Music at Northwestern University, received the top prize of $13,000 and concert engagements for his final round performance of Lisa Bielawa's Insomnia Etude #3, and works of Grieg and Prokofiev.

This year's winners were whittled down from 99 applicants from 13 countries, aged between 15 and 23, by way of a semi-final, featuring nine shortlisted string players.