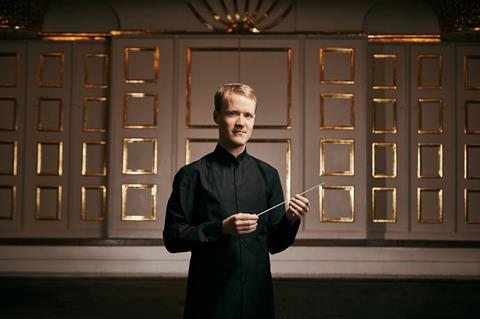 Koncz will take over the role from Jacques Lacombe who conducted the orchestra from 2018 to 2021. When Koncz first met the orchestra for their last symphony concert of the season in June 2022, both Koncz and the orchestra commented on ‘the immediate chemistry, enthusiasm and artistic potential’ felt by the relationship.

‘The orchestra hosts remarkable musicians who play energetically and passionately. From the beginning, I’ve sensed an extraordinary connection between us which led to outstanding concerts,’ Koncz said. ‘We are looking forward to sharing our enthusiasm and love of music with the public and enjoying the emotional power of music together in the upcoming years!’

Watch: Christoph Koncz plays Mozart on the composer’s own violin

‘I am overjoyed to begin this new collaboration with Christoph Koncz,’ general manager of Orchestre Symphonique de Mulhouse, Guillaume Hébert said. ‘His arrival begins a new chapter for the orchestra. I am convinced that his proven qualities as a great musician will enhance even further the performances of the orchestra.  Together we shall do all we can to increase its reputation in Mulhouse, in France, and internationally, so that it will become a true ambassador for its city.’

Since working with the orchestra in June 2022, Koncz has spoken of building ‘in-depth exchanges with the musicians in order to enhance their performances’ and will work to broaden the orchestra’s repertoire through specially commissioned works. Before taking up his position next year, Koncz will spend time in Mulhouse preparing for the upcoming seasons, meet the public, and become the orchestra’s music director designate.

The mayor of Mulhouse, Michèle Lutz said: ‘The public will be happy to discover the new music director who will be conducting this prestigious ensemble. A new and exciting artistic chapter is beginning.’

Read: The show must go on: conducting a retrospective review