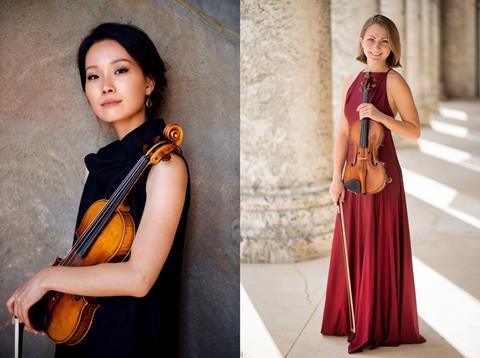 Helen Kim and Emerson Millar will join the SSO as the Clowes family associate concertmaster and second assistant concertmaster.

Helen Kim was previously the associate principal second violin of the San Franscisco Symphony Orchestra from 2016 to 2022. Kim made her solo debut aged eight and since then has performed at the Kennedy Center, Carnegie Hall, BBC Proms, Suntory Hall and Disney Hall. Kim has also made concerto appearances with orchestras such as the St. Louis Symphony, Reno Chamber Orchestra, Aspen Festival Orchestra and the Colorado Music Festival Orchestra.

The new appointments follow the announcement that associate principal second violin Michael Miropolsky is retiring from the SSO after being with the orchestra for 31 years.