Updated: More cancellations from David Garrett as herniated disc keeps him out of action

Violinist withdraws from concerts until the end of April, bringing the total cancellations to 25 since January 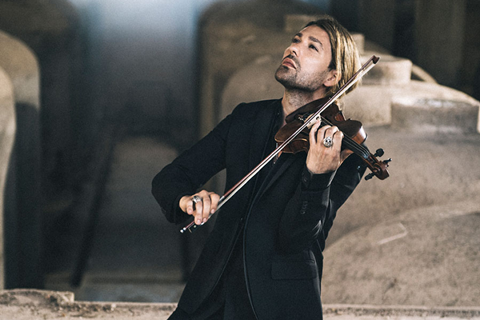 David Garrett has pulled out of another set of concerts due to ongoing problems with a herniated disc. He first revealed he was suffering from the condition at the end of January while cancelling five concerts. Further announcements followed and the latest tranche announced brings the total to 25.

A five-date German tour with the Orchestre National de Belgique under James Feddeck is affected, with Ray Chen stepping in to perform the Tchaikovsky violin concerto in Frankfurt and Wiesbaden, but the concerts in Mannheim, Regensburg and Essen cancelled.

The 16-year-old American violinist Elli Choi is taking over performances of the Sibelius concerto with the Zakhar Bron Festival Orchestra at Interlaken in Switzerland on 7 and 8 April.

His scheduled concert on 14 April in Moscow, performing the Sibelius concerto with the National Philharmonic Orchestra of Russia, has been cancelled; while Austrian violinist Emmanuel Tjeknavorian will be stepping in to perform the Tchaikovsky concerto with the Vienna Symphony Orchestra in three concerts at the Konzerthaus on 20-22 April.

In statement on his website Garrett said: ‘I’m feeling a little better, but unfortunately the healing process takes longer than expected. The prognosis of my doctors is still very positive and they expect a full recovery.

‘However, at the moment, it’s very important for me to look after myself and give my body the time needed to completely regenerate. Unfortunately, that also means that we have to cancel more concerts.

‘I’m sure, you understand this and I would like to thank you very much for all your encouraging, loving messages. You give me a lot of strength and I’m really looking forward to seeing you again soon at one of my concerts.’

Garrett’s next scheduled appearance is on 25 April in Tel Aviv – the first of a series of ten concerts in Israel.