Canadian event’s first round starts this evening with 24 candidates from around the world, with some new additions 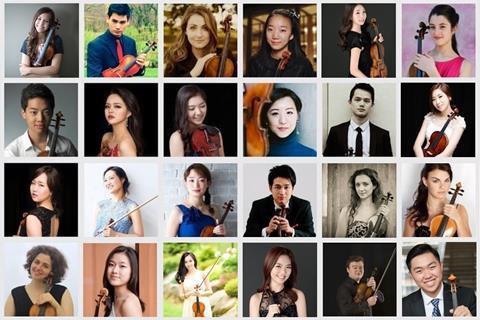 The Concours musical international de Montréal, which is this year devoted to the violin, begins its first round this evening at the Montreal Museum of Fine Arts’ Bourgie Hall.

It concludes with the final on 4 on 5 June at the Maison symphonique with the Orchestre symphonique de Montréal.

There have been a few substitutions since the candidate list was first announced.

Among the competitors whose progress at other events forced them to drop out were Stella Chen, who has just won the Queen Elisabeth Competition in Belgium, and Stephen Kim, who came third.

The first prize laureate wins CA$30,000 cash, $50,000 career development grant, a new instrument, plus a residency at the Banff Centre. Second and third prize win CA$15,000 and $10,000 respectively, and there are a number of special awards.