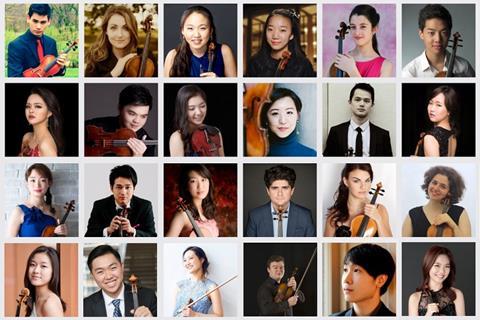 The Concours musical international de Montréal has selected 24 candidates for its live rounds which run from 29 May to 5 June in the city’s Bourgie Hall and Maison symphonique.

The first prize laureate wins CA$30,000 cash, $50,000 career development grant, a new instrument, plus a residency at the Banff Centre. Second and third prize win CA$15,000 and $10,000 respectively, and there are a number of special awards.