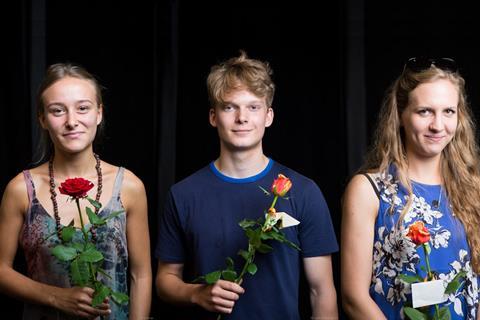 The Tibor Varga International Violin Competition, taking place from 18 to 24 August as part of the Sion Festival in Switzerland’s Valais region, is entering its final round with three candidates remaining.

A total of 28 were invited to take part in the first round of competition, following video preselection. Twelve proceeded to the semi-final, and now the final three are through to the two-part final featuring a chamber music round (joining members of the jury in a piano trio) and a concerto with the Lausanne Chamber Orchestra conducted by Gábor Takács-Nagy, incorporated into the Sion Festival programme.

Open to international violinists aged 26 or under, the competition’s first prize is CHF20,000 (c. $20,000) plus concert opportunities.

Egholm was also a finalist earlier this year in the Nielsen Competition.