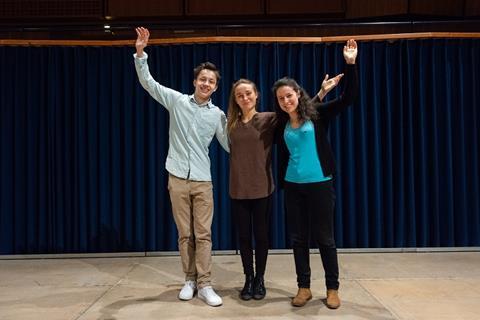 The violin section of the Carl Nielsen International Competition has reached its final stage with the announcement of three finalists. They are:

The three violinists will take part in a two-part final, each performing a 19th- or 20th-century concerto of their choice on Friday 29 March and the Nielsen concerto on Sunday 31 March. Both finals will be at the Odense Concert Hall with the Odense Symphony Orchestra conducted by Yaron Traub.

In the first final, the competitors have chosen to play:

The first prize winner will receive a cash award of €12,000, a CD recording with the Odense Symphony Orchestra on Orchid Records, and a minimum of ten concert appearances with top European orchestras.

Audiences around the world can tap into nielsen2019.medici.tv for live streaming, replays, interviews and behind the scenes footage.

For more information about the competition and its clarinet and flute finalists, visit carlnielsencompetition.com