String players Stella Chen, Sihao He, Richard Lin, Timothy Ridout and James Thompson have been selected for a three-season residency 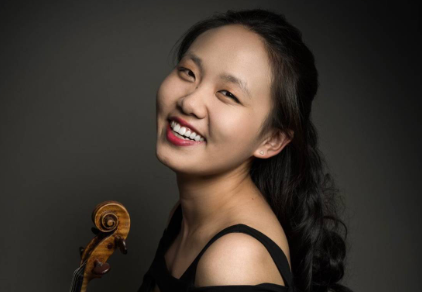 The Chamber Music Society of Lincoln Center (CMS) has announced the five artists selected to be part of The Bowers Program, aimed at giving soloists and ensembles in the early stages of their careers the opportunity to perform, record and teach with CMS artists.

Violinist Stella Chen, cellist Sihao He, violinist Richard Lin, violist Timothy Ridout and violinist James Thompson will participate in the programme for the next three seasons, from 2021 to 2024. They were selected from an international pool of candidates (180 applicants from 18 countries) through competitive auditions.

Cellist David Finckel and pianist Wu Han, co-artistic directors of CMS, said in a statement: ‘After weeks of careful consideration following a set of auditions - made all the more challenging by the uniformly high level of applicants - we have finally settled on five new members to join The Bowers Program. These musicians are even now fully ready to take the CMS main stage in leadership positions. They are poised and eager to delight our audiences, to inspire their new colleagues, and of course help to cement the bright and ever-evolving artistic profile of CMS.’

They added: ‘As concerts and performances are on hold worldwide during these challenging days, it is inspiring to look to the future and the contribution that these young artists will make to chamber music and all our lives.’

As residents of the programme, the musicians will partake in all aspects of CMS activities in New York and internationally, including performances at Alice Tully Hall and at cities across the US and abroad alongside established CMS artists. They will also appear as part of CMS education programs and in CMS recording projects.

US violinist Stella Chen was awarded first prize at the Queen Elisabeth International Violin Competition in 2019, and is a recipient of a 2020 Lincoln Center Emerging Artist Award. She studies at the Kronberg Academy and the Juilliard School, where she serves as a teaching assistant for Li Lin.  This season and next she is scheduled to debut with the Chicago Symphony, at the Ravinia Festival, and at the Salzburg Mozarteum.

Violinist Richard Lin was the gold medalist at the International Violin Competition in 2013. He graduated from the Curtis Institute of Music and the Juilliard School, and has released two recordings under the Fontec label. His concertising in the current season will culminate in his Carnegie Hall Stern Auditorium debut, with pianist Thomas Hoppe, scheduled for June 2020.

London-born violist Timothy Ridout was selected as a BBC New Generation Artist in 2019. He studied at the Royal Academy of Music, graduating with the Queen’s Commendation for Excellence, and completed his masters degree at the Kronberg Academy. He has performed as a soloist with the Orchestre de Lille and with the Philharmonia Orchestra; at Wigmore Hall, the Auditorium du Louvre, and at the Lucerne Festival.

US violinist James Thompson is currently on the faculty of the Music@Menlo festival. He made his solo debut with the Cleveland Orchestra in 2014, and has performed in the Perlman Music Program and at the Taos School of Music. He was invited to perform as part of the inaugural Bartók World Competition and for the 7th Sendai International Violin Competition. He is currently an artist diploma candidate at the Cleveland Institute of Music under Jaime Laredo.

The Bowers Program began as CMS Two in 1994, and today over half the current roster at CMS comprises Bowers alumni and current and incoming members of the programme. Since its inception in 1994, there have been 91 individual artists and 11 ensembles who have completed the Bowers Program. Former Bowers Program residents include Hilary Hahn, Inon Barnatan, Alisa Weilerstein, Anthony McGill, and the Miró, Escher, and Danish String Quartets.