Among the string-playing nominees are Sheku Kanneh-Mason, Timothy Ridout and Lawrence Power 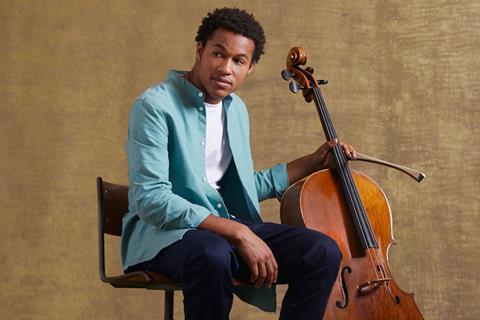 Sheku Kanneh-Mason is the youngest nominee for an RPS award

The team behind the Royal Philharmonic Society Awards has announced its shortlist for 2020.

The 18 performers and composers shortlisted range in age from 21 (cellist Sheku Kanneh-Mason) to 77 (composer Frank Denyer), with nominees hailing from all over the country. This year’s nominees, from the City of London Sinfonia to tenor Nicky Spence, are commended for imaginatively reinventing their approach to inspire audiences during lockdown. In connection with this, a new ‘Inspiration’ Award will honour the music-making that has uplifted the nation in lockdown. For this, the RPS opened nominations to the public for the first time, inviting households nationally to share what has moved them musically since March. An unprecedented 2,600 nominations were received, and the RPS will announce six winners of this award alongside all other award recipients in November.

Winners will be announced at  the 2020 RPS Awards digital broadcast at 7.00pm on Wednesday 18 November on the RPS website. Filmed at London’s Wigmore Hall and presented by BBC Radio 3’s Georgia Mann, it will feature performances by several nominees. Longstanding RPS Awards partner BBC Radio 3 will then present a musical celebration of the RPS Awards winners at 7.30pm on Monday 23 November.

The Awards digital broadcast will also feature a guest appearance by an international musician, set to receive this year’s RPS Gold Medal, awarded to outstanding musicians since 1870 from Brahms, Elgar and Bernstein, to Sir Simon Rattle, Dame Mitsuko Uchida, Jessye Norman and – most recently – Sofia Gubaidulina.

RPS Chief Executive James Murphy says: ‘The RPS Awards have always shone a light on great musical achievements, but now that light is a beacon: reminding the nation of the essential, invigorating, connective force that classical music is for so many people. The nominees represent a nation of selfless, inspirational musicians, and a picture of all that risks being lost if they cannot wholly return to work soon.’

For the full shortlist see below