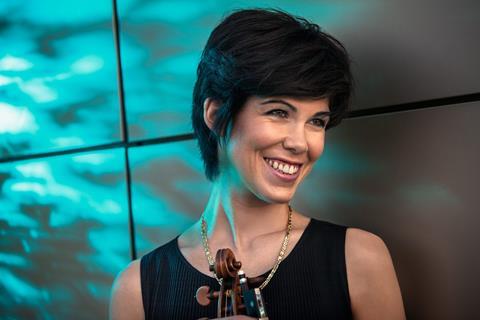 Violist Isabel Villanueva has been appointed professor of viola at London’s Royal College of Music. She will commence her role for the new academic year in September.

’[I’m] very happy to belong to such a prestigious institution and community,’ Villanueva tweeted.

Villanueva began her musical training in her hometown Pamplona, Spain and continued her studies in London, Siena and Geneva. She counts Igor Sulyga, Lawrence Power, Nobuko Imai and Yuri Bashmet as her teachers.

Villanueva has collaborated on and premiered more than 20 new works for viola, many of which are dedicated to her. Her discography includes the Concerto for Viola by José Zárate with Orchestra of Extremadura, released on Sony Classical in 2017.

In 2015 she received the prestigious Prize ‘El Ojo Crítico’ by the Spanish National Broadcasting Corporation (RNE) and in 2019 was awarded the Culture Award of the Community of Madrid; the first time that either of these prizes were awarded to a violist.