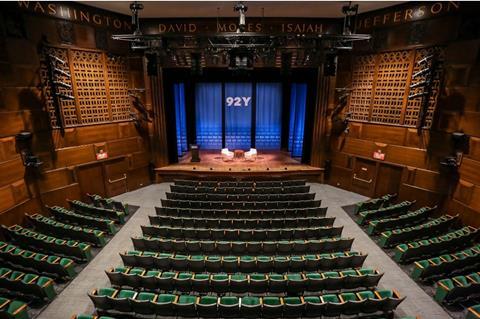 New York concert venue 92nd Street Y is to present an autumn season of nine streamed concerts from 15 October to 17 December 2020. The recitals will take place in an empty Kaufmann Concert Hall as ticketed broadcasts - five will stream live in real time, and the rest will be newly recorded.

Read: 92Y announces The Knights as its new Ensemble-in-Residence

Read: ‘He taught me how to stand up for what I believed in’ - Midori remembers Isaac Stern

’I am absolutely thrilled to present this fall season, comprising nine concerts streamed from our beautiful Kaufmann Concert Hall,’ said Hanna Arie-Gaifman, director of the Tisch Center for the Arts. ’While it is not the fall season I had imagined seven months ago, re-thinking our programme offerings in light of the current challenges has allowed for new opportunities, collaborations, and relationships to develop. Even as we continue to be unable to gather together physically to experience live music as a community, I hope that you will enjoy each of these nine exquisite programs, broadcast from our stage in New York to the world.’