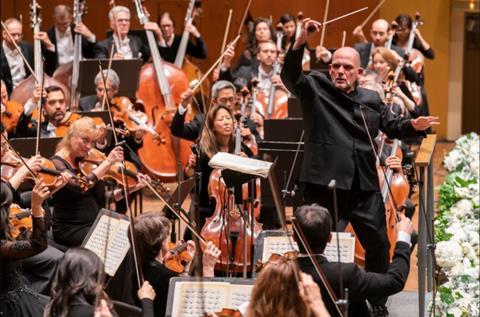 Following the cancellation of their entire 2020-21 seasons due to Covid-19, the New York Philharmonic and the Metropolitan Opera have announced substantial wage cuts for their musicians and staff.

On Monday it was revealed that musicians at the New York Philharmonic have agreed to a four-year contract that includes base wage cuts of 25 per cent until August 2023. Although pay will gradually increase from that point until the contract’s end in September 2024, wages will remain lower than before the pandemic hit, at 90 per cent of their previous amount at the end of the four years. In total, the cuts will save the Philharmonic $20m.

’COVID-19 has reshaped the entire ecology of society and the performing arts are no exception,’ said the Philharmonic’s president & CEO Deborah Borda in a press release. ’These were challenging negotiations but, in the end, musicians, management, and board came together to reach an agreement that will lead to recovery. The new contract is a critical step toward building a sustainable pathway forward and to preserving our beloved institution for a bright future. The participation, the dedication, of the Philharmonic musicians in creatively and pragmatically helping to shape this agreement is something I will never forget. They have my admiration and deepest thanks.’

It was also announced on Monday that the Metropolitan Opera is proposing a cut of 30 per cent to its workers’ salaries. Because the proposal was rejected by the Local One union, which represents 300 of the company’s stagehands, the Met said it would lock out the stagehands still working during the pandemic at midnight on Tuesday. Local One’s contract with the Met expired at the end of July and negotiations have been taking place since that time.

’I realise it is incredibly painful what we’re asking them to do,’ Peter Gelb, the Met’s general manager told the New York Times. ’But what we’re trying to do is keep the Met alive, and the only way to achieve that is to reduce our costs.’

The majority of the Met’s staff have been furloughed without pay since April of this year but the company promised that if unions accepted the cut, it would begin paying employees up to $1,500 a week. It also said half of the cuts will be restored if the company’s revenues return to pre-pandemic levels.

A number of unions whose contracts have not yet expired, including Local 802 of the American Federation of Musicians, which represents the Metropolitan Opera Orchestra, have been asked by Gelb to begin negotiating new contracts early and to accept the cuts. Thus far these unions have rejected his request.

The Metropolitan Opera has reported a loss of approximately $100m in revenue throughout the pandemic, while the New York Philharmonic estimates a loss of $31m.