Live-filmed digital concerts will be free for a limited period, featuring many stars of the string playing world 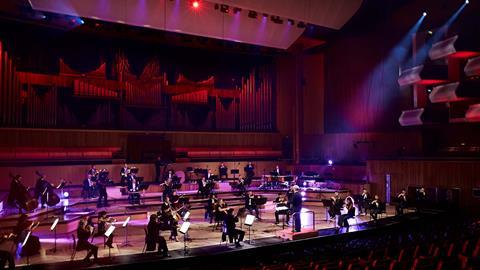 The London Philharmonic Orchestra (LPO) is building on its relationship with streaming service Marquee TV, with a two-year digital residency. It will include concerts filmed live for later broadcast, as well as further insight content. The move comes as a response to how the entertainment industry has been changed by the Covid-19 pandemic, by offering audience members a hybrid model of in-person and broadcast events.

Prominent string players to feature in the season include cellists Sheku Kanneh-Mason and Alban Gerhardt; violist Nils Mönkemeyer, as well as a concert with Mozart’s Violin Concertos 1, 2 and 3, played and directed by violinist Julia Fischer.

In the first year, twelve concerts will be broadcast: ten of them from the LPO’s 2021/22 Royal Festival Hall season. The first two concerts will be available for free for 72 hours from 7:30pm on Friday 17 September. Other concerts will be free for 48 hours, after which they will be added to the LPO collection of concerts and accessible to Marquee TV subscribers.

David Burke, chief executive of the LPO says: ’The LPO is proud of its digital output during lockdown, providing entertainment, comfort and escapism to many people. Through this work, we have welcomed new audiences both in the UK and internationally: we have seen how the pandemic has changed our industry and we are committed to continually developing ways for people to experience the orchestra, wherever they are.’

Read: Royal Academy of Music to host performances from top string players in 2021-22

Read: Awards for Young Musicians announces new round of funding