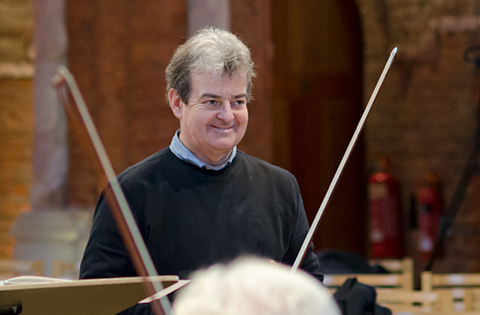 Lennox ‘Lennie’ Mackenzie, the London Symphony Orchestra’s sub-leader, has retired after 38 years with the orchestra.

The violinist, who also served as the orchestra’s chairman for a total of 16 years, played his final concert as an LSO member yesterday at the Barbican Hall in a programme of Janáček, Szymanowski and Sibelius conducted by Simon Rattle.

Last year he was awarded an OBE for services to music as well as the RPS/ABO Salomon Prize for orchestral musicians, with the citation recognising his ‘innate ability, love of music, generosity of spirit’ and his ‘wisdom, strength of character, good judgement and diplomacy’.

Mackenzie was also a founding member of the Arditti Quartet in 1974 while still a student at the Royal Academy of Music, playing with the group until 1983.

Watch below: Lennoz Mackenzie on what makes a good conductor