The musician, who has performed with the LSO for 37 years, was recognised in the UK's New Year’s Honours List 2017 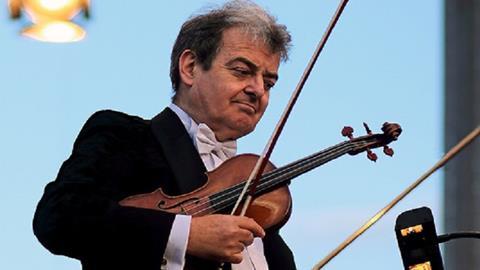 London Symphony Orchestra (LSO) sub-leader Lennox Mackenzie has been awarded an OBE for services to music in the UK's New Year’s Honours List 2017. The musician has performed for 37 years as an LSO violinist, and served for 16 years as the orchestra’s chairman.

'I was surprised and delighted to receive this award which for me not only reflects the high artistic standards set by the members (both present and past) of this great orchestra, but also exhibits the dedication and wisdom of my fellow board members and of Kathryn McDowell and her administration staff,' said Mackenzie. 'They have all contributed enormously to making the LSO the great success it undoubtedly is today. I feel privileged to have worked alongside these hugely talented people and to have served the LSO as Chairman has been an immense honour.'