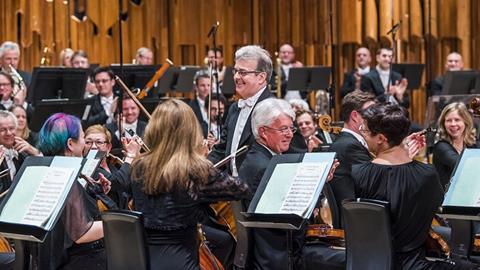 Lennox Mackenzie has been awarded the RPS/ABO Salomon Prize for orchestral musicians. The long-time London Symphony Orchestra violinist and sub-leader is recognised for his 'innate ability, love of music, generosity of spirit' and his 'wisdom, strength of character, good judgement and diplomacy'.

The £1,000 Salomon Prize was created by the Royal Philharmonic Society and Association of British Orchestras in 2011 'to celebrate the orchestral players that make our orchestras great, and give public recognition for the enormous contribution orchestral musicians make both on, and off the concert platform'. Players from orchestras across the UK are asked to nominate a colleague each year who has been ‘an inspiration to their fellow players, fostered greater spirit of teamwork and shown commitment and dedication above and beyond the call of duty’.

'The role of Chairman of the LSO is time-consuming and demanding,' wrote the RPS and ABO. 'It is a tribute to Lennox’s innate ability, his love of music, and his generosity of spirit that he was able to undertake this role for such an extensive period while sustaining his quality of playing as a violinist at the front of the LSO.'

Mackenzie was also awarded an OBE for services to music in the UK’s New Year’s Honours List at the beginning of this year.

Photo: Lennox Mackenzie is congratulated by his fellow LSO musicians on receiving the RPS/ABO Salomon Prize for orchestral musicians at the Barbican in London on 23 April 2017